3 Factors that Cause Pipe Leaks 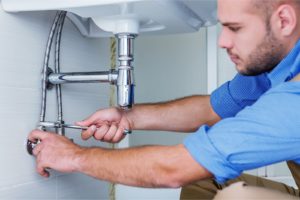 You turn on the faucet in your bathroom and only a light trickle drips out. A few weeks later, you get your water bill and it’s far higher than you’ve ever seen. You’re not the only homeowner in Lubbock, Texas, with such an experience. More likely than not, a pipe leak is to blame. You can catch pipe leaks early on and avoid their expensive consequences by watching out for these three factors that contribute to leaks.

When your pipes were initially installed, they were connected by seals that keeps water where it belongs. Over time, however, those seals can wear and break, even if you’re doing everything right to take care of your pipes. When those seals fail, water leaks out and you’ll need a professional to seal the pipes once again.

We see it too often. You put too much grease down the sink thinking that as long as you ran hot water as you poured, everything would be okay. Or maybe your daughter continually brushed her hair over the sink and then washed the strands down the drain. Over time, you may notice that the water is draining more slowly than before, or not at all. Those clogs will then cause pressure to build up, which in turn can cause a leak.

We know you like the water pressure in your shower to be strong, but excessive water pressure can be harmful for your pipes, which can only take so much. Your pipes are designed to withstand a certain amount of pressure, and too much pressure can cause pipes to crack and leak. A professional plumber can look at your water pressure to determine its level.

Pipe leaks can happen to anyone, but if you catch them early, you won’t have to deal with the high water costs and property damage that can happen as a result. To get a leak fixed or if you suspect a leak, call BTAC at 806-589-1014.